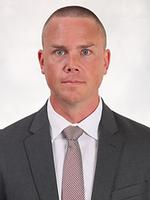 Axtell has led the Red Dragons to four NCAA Division III tournaments over the past five seasons, including three trips to the "Sweet 16" during that stretch.

In 2016, he led the Red Dragons to a 19-3 record and both the SUNYAC tournament and regular-season titles. The team set a school record for victories and shutouts (14) and advanced to the NCAA "Sweet 16." Axtell earned both SUNYAC and ECAC North Coach of the Year honors, and he and his assistants were tabbed as the National Soccer Coaches Association of America (NSCAA) East Region Coaching Staff of the Year.

A goalkeeper for the Red Dragons for three seasons (2006, 2008-09), Axtell earned All-SUNYAC honors in 2008 and appeared in 39 career games with nine shutouts. He earned a bachelor’s degree in kinesiology in 2008 and obtained a master’s degree in exercise science in 2014.

A native of Franklin, N.Y., Axtell holds a Premier Diploma and an Advanced National Goalkeeping Diploma from the NSCAA with Distinguished Pass. He was appointed to the NSCAA National Staff, which makes him both a National Staff member as well as Associate National Goalkeeping Staff for the NSCAA. He teaches NSCAA coaching courses throughout the Northeast and directs the Goalkeeper College ID Camps at the University of Connecticut during the summer.

Axtell also is a certified strength and conditioning specialist and has received a conditioning for soccer diploma from the International Coaches Association. He is the founder and director of the OnePlus Soccer Academy in Ithaca, N.Y., which features teams ranging from U8 to U18, residential camps and clinics. The Academy does the training for various soccer clubs in the area, has a goalkeeping academy and conducts coaching education clinics throughout the year. Part of the organization is a non-profit club that holds grassroots programs for young players at no cost throughout New York state.

Besides assisting with both the men’s and women’s soccer programs at Cortland, Axtell has served as the head coach of the Central Region scholastic soccer team at the Empire State Games. He has acted as director of soccer at Camp Winadu in Mass. for two years and Ithaca MicroSoccer for one year. In April 2013, Axtell was named to the ODP Region-1 Staff as its goalkeeper coach.

Axtell and his wife, Heidi, the Cortland women’s soccer coach, currently reside in Tully with their daughter Allie and Heidi's daughters Mari and Kenzie. 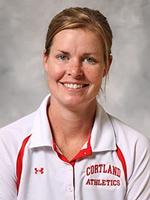 Heidi Axtell enters her 16th season as the head coach of the Cortland women’s soccer program in 2019. She has posted a career record of 150-103-38 and is second all-time in wins at Cortland.

Axtell's players have earned 67 All-SUNYAC honors, including one Player of the Year and two Rookie of the Year designations, along with 18 all-region, seven All-ECAC and three All-NYSWCAA awards.

Axtell is a 2002 graduate of Nazareth College, where (as Heidi Brown) she earned her bachelor’s degree in psychology and was a starting center defender for the nationally ranked women’s soccer program. As a senior, she was named a second team All-American and the Empire 8 Player of the Year. A 2010 Nazareth Sports Hall of Fame inductee, she was a two-time all-region and three­-time all-state and all-conference selection. She earned her master’s degree in sports science from the United States Sports Academy in the summer of 2005. She served as an assistant coach for the Red Dragons for one season prior to becoming head coach.

Formerly Heidi Woodcock during her Cortland coaching tenure prior to 2016, Axtell and her husband Steve, the Cortland men’s soccer coach, live in Tully with their daughter, Allie, and Heidi's two daughters, Mari and Kenzie. 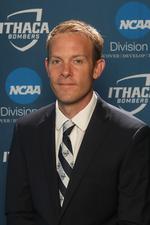 Kyle Dezotell was named the 10th coach in the 84-year history of the Ithaca College men's soccer program on June 1, 2017.

In 2018, in his second year at IC, Dezotell coached the Bombers to their most successful season in 20 years, notching a 14-2-4 overall record, a 5-2-2 mark in conference and a trip to the Liberty League Championship game. For the first time in program history, IC finished its non-conference slate without a loss, rounding it out with a 7-0-1 record.

After being ranked both in the the region and nationally throughout the season, the Bombers garnered five all-conference selections, headlined by Lichtenstein's first team honor. Kyriakidis was named to the All-Liberty League Second Team while Schoen, Jack Monnes and Tom Dillmann each earned an All-Liberty League Honorable Mention.

In Dezotell's first year at the helm of the program, the Bombers finished 7-8-2 with a 2-6-1 mark in the Liberty League. IC rounded out the season with a 5-2-1 non-conference record, which was the first time since 2012 that Ithaca had a winning non-conference mark. The Bombers also started the season going 2-0 at the Cadet Classic, which was IC's best start to a season since 2008. Additionally, two players - Nate Schoen and Nate Mansfield - earned All-Conference honors in Dezotell's first year.

Dezotell brings 13 highly successful seasons of head coaching experience with him to South Hill. Most recently, he served as the Head Men’s Soccer Coach and Compliance Coordinator at Manhattanville College during the 2016 season. During his one season with the Valiants, he led the team to an 11-7 record, guiding four players to earning All-MAC Freedom honors, which included Defensive Player of the Year Christoffer Staahl.

Prior to joining the coaching staff at Manhattanville, Dezotell spent 10 seasons at the helm of the men’s soccer program at Norwich University. He also spent his final three years at Norwich as an Assistant Athletic Director for Compliance. In his decade leading the Cadets, he posted a 130-63-18 (.659) record, which included one Great Northeast Athletic Conference (GNAC) Championship and subsequent NCAA Tournament appearance in 2008. Dezotell posted winning records during all 10 of his years in Northfield, Vt., earning GNAC Coach of the Year honors in 2007, 2008, and 2012.

In addition to his 10 appearances in the semifinals of the GNAC Tournament, Dezotell led Norwich to five GNAC Championship Game appearances, while his teams qualified for the ECAC New England Tournament appearances eight times during his tenure. His teams marked double-digit victories in each of his 10 seasons, which included a program-best 19 in 2007.

Dezotell began his collegiate head coaching career at Johnson State College, where he spent two seasons in 2004 and 2005. He was named North Atlantic Conference (NAC) Coach of the Year during his second season, turning around a team that lost 14 times during his inaugural season at the helm to posting an 8-6-4 mark, which included a 6-1-2 record in conference games. He also spent a season as an assistant coach at Saint Michael’s College in 2003, prior to taking the helm of the Johnson State program.

During his time in coaching, Dezotell has guided his players to a combined 72 All-Conference honors, 16 All-Region selections, and five ECAC All-Stars. He has had at least one player earn NSCAA All-Region honors in 10 consecutive seasons.

Dezotell graduated from Middlebury College with his Bachelor of Arts in Film and English Studies. He was accomplished player for the Panthers men’s soccer program, ranking second all-time in career points (90) and assists (22). He is still the program’s all-time leader with 34 career goals. His scoring prowess helped power the team to the inaugural NESCAC Tournament title as a sophomore, while he helped the Panthers capture the ECAC New England Championship as a freshman. Middlebury went 44-15-10 during his playing career. 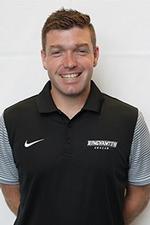 Robert Emmett enters his third season with the Binghamton program in 2019.  Prior to joining the Bearcats staff, he spent one season as the top assistant at Division II Lake Erie College in Painesville Ohio. Emmett assists Marco in all facets of the program, including the training and development of the goalkeepers, recruiting, field player training and development, game preparation and opponent scouting.

In 2016, Emmett assisted the Lake Erie College Storm who opened the year with team's best start in program history at 5-1-0, before concluding the season with an 8-7-4 record, the second-most victories in single-season program history. Fueling the team's run were its efforts on defense, as the Storm ranked inside the top-11 in the nation in several statistical categories, including shutouts (3rd), goals-against average (4th), save percentage (9th) and shutout percentage (11th). That same year, six players received All-GLIAC and All-Tournament Team honors. Additionally, Lake Erie was the only institution to have a freshman receive First-Team accolades. He also helped to develop goalkeeper Hugo Fauroux, who was the 2016 GLIAC Goalkeeper of the Year.

Prior to joining the Storm, Emmett served as an assistant coach for the SUNY Cortland men’s soccer program where he assisted in the development of second team All SUNYAC Goalkeeper Joe Brandofino. Emmett competed for the Red Dragons men’s soccer program from 2010-2013 as a goalkeeper.

In 2014, Emmett served as an assistant coach for the Cortland women’s soccer program. He also had a part in the development of the local soccer community, as he served as a staff coach for the OnePlus Soccer Academy. 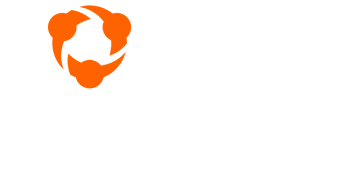 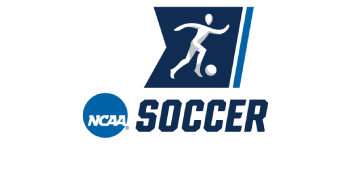 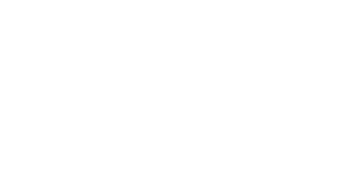 Where Players and Coaches Meet